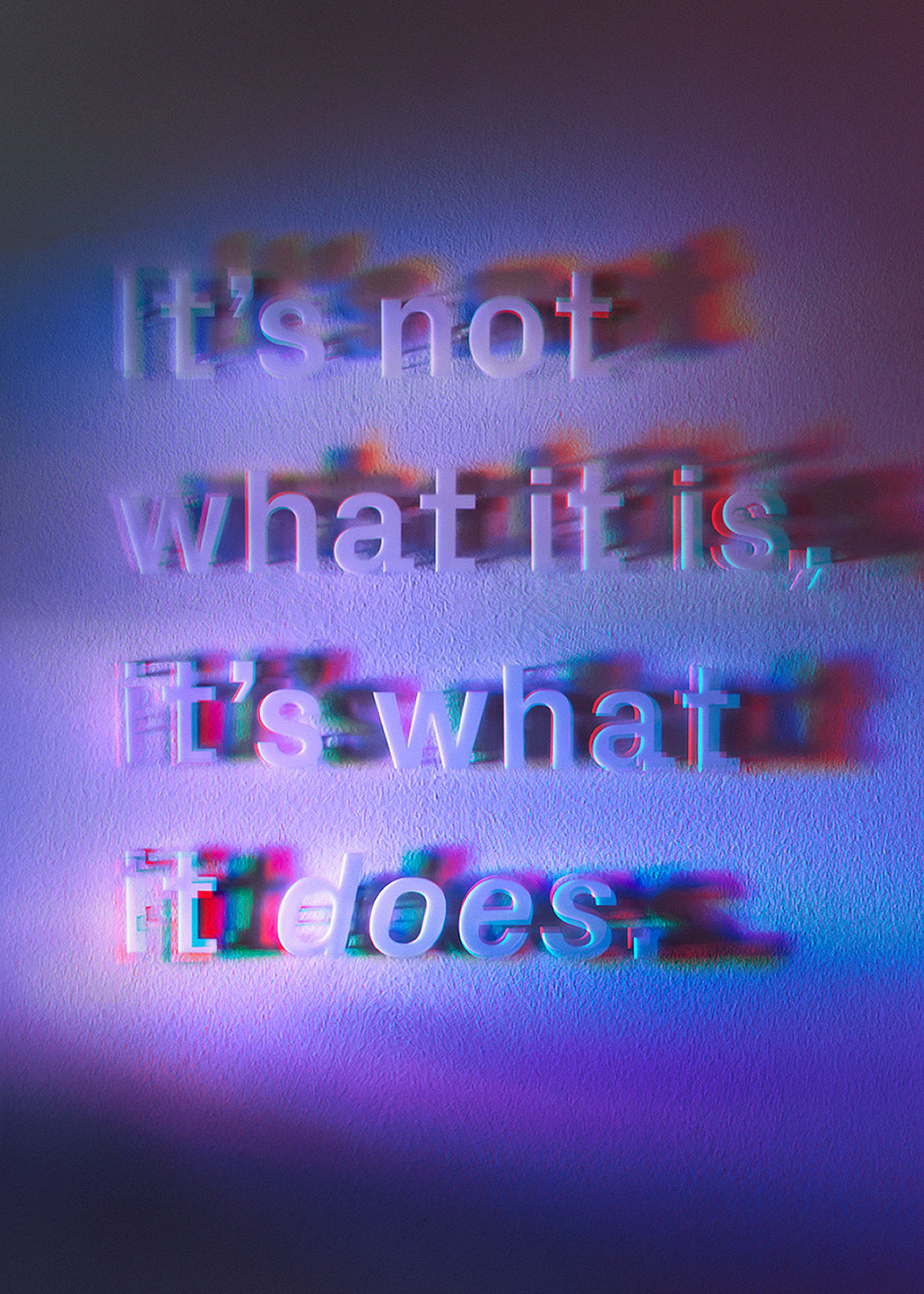 Project
It’s not what it is, it’s what is does.

Story
Typography can express a particular character or emotion by using the layout and letterforms themselves as art materials. Such attempts are often seen in poster art and have been done in the world of calligraphy for centuries.

When I was asked to create a completely new form for the Volume Inc’s company slogan, "It’s not what it is, it’s what it does" the idea of breaking out of the traditional 2D format was the first thing that came to mind when I thought about the slogan's semantics. In order to express the slogan's important meaning of "action" what I finally chose was time and space, and the changes that occur within them.The monochrome letters used were white acrylic letters on a white background. Normally, just black shadows would fall there, but I used RGB lighting to split the shadows into colors in order to capture the changing appearance of the monochromatic letters, which contain several more colors, distorting and sometimes mixing with each other.

Although a single object in itself, I attempted an artistic expression to the slogan in the form of time, space, and change visible between it and the wall.